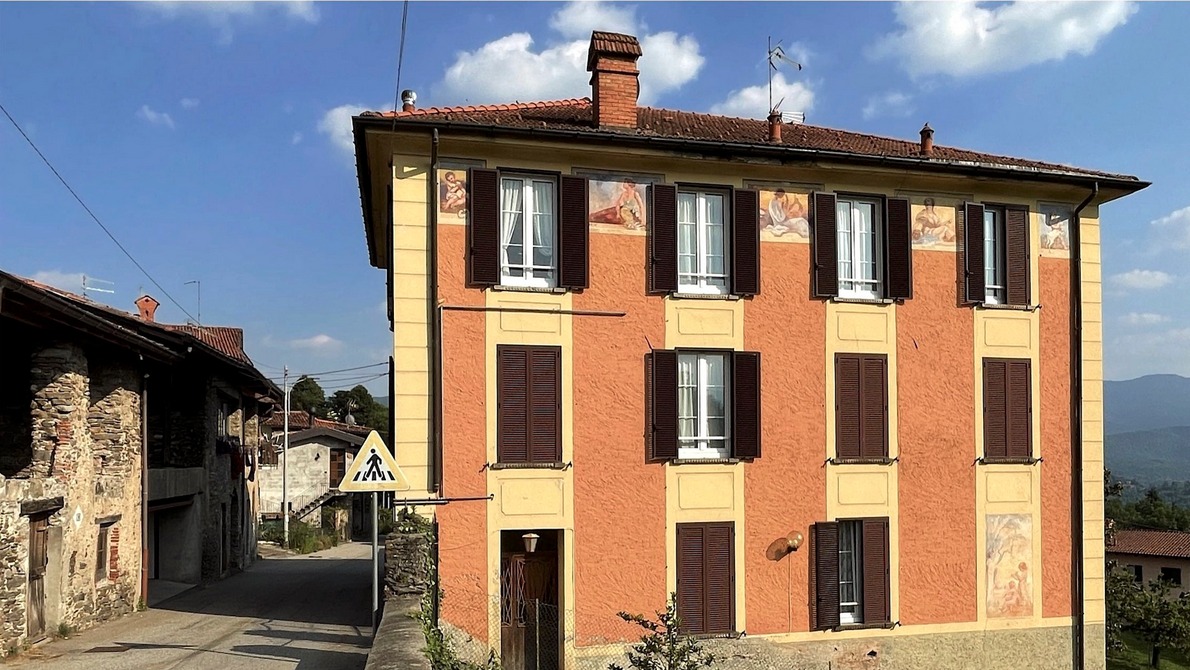 The building is located in Valtravaglia and it is lying on the side that descends towards the river. It is spread over three floors above ground and opens its view to the south towards the valley.

The construction of the building is probably datable to the first half of the nineteenth century. Over the decades it has changed function several times, passing from a villa and farmhouse to “Boschese” theater at the beginning of the last century, to then become again a residence and, for a certain period, the house of a local painter.

The exterior is treated with a double finish and color of plaster: large areas of light red spatulate plaster are interspersed with frames in light earth with a smooth surface. The façade is completed by large frescoes placed in the highest part.

The project involves the redistribution of the three units.
The plan design is repeated, without excessive changes, on the three levels, thus ensuring a simpler and less invasive plant management.
The original internal staircase is maintained, thus fulfilling the function of vertical distribution to the three units, meanwhile the living area is positioned towards the south overlooking the valley.
From a structural point of view, the intervention maintains the load-bearing parts of the building and inserts, where necessary, reinforcing elements. The new parts are dry-built in order to lighten the existing structure as much as possible.